Dr. Arthur Dahl is the former Deputy Assistant Executive Director of the United Nations Environment Programme (UNEP). He was a curator at the Smithsonian Institution, Regional Ecological Adviser with the South Pacific Commission (New Caledonia), and an independent consultant to governments and international organizations on Earth observation, coral reefs, biodiversity, islands, environmental education, and social and economic development. As part of the Secretariat of the United Nations Conference on Environment and Development (Rio Earth Summit, 1992), he helped to prepare Agenda 21, and he participated in the World Summit on Sustainable Development (Johannesburg, 2002) where he organized a session in the Science Forum on indicators of sustainability. He is President of the International Environment Forum, a member of the Global Islands Network and also teaches university courses in sustainable development. His current interests include concepts of sustainability, exploring new ways to integrate ecology and economics, indicators of island vulnerability, coral reef monitoring, and global strategies for environmental observing and assessment.

In this beautiful, rigorous and inspiring interview, he outlines a suggested way forward for integrating economic, ethical, and environmental development of the world.

“People do not become crazy because of wars… War is the crazy thing.”

Dr. Benyakar is President of the World Psychiatric Association Section on Disasters Intervention. He also heads the Iboamerican Eco-Bioethics Network of the UNESCO Chair for Education, Science and Technology, and he is a Professor of Ethics at Buenos Aires University.

Dr. Benyakar takes a profoundly exciting, integrated approach toward mental health in disasters, whether natural, man-made, economic or military, addressing what cultural and spiritual factors impact mental health when a situation doesn’t give the opportunity for recovery. He also emphasizes prevention and maintenance as important strategies in addressing possible disasters before they occur.

This show is about 56 minutes long.  Musical breaks are provided by blur.

Jamshid Fanaian is an Australian-Persian writer, translater, and lecturer. He speaks with us about realms beyond this physical world, what is the nature of these higher realms, and what will happen to the soul when it departs from this world.

Jamshid Fanaian: The mystic path and the future world

“Peace is the outcome of the solution of many problems…”

Jamshid Fanaian is an Australian-Persian writer, translater, and lecturer. In this, our second interview, he speaks with us about his novel, Twilight, and about his grandfather’s great mystic work, Repository of Mysteries, now translated from the original Persian. In the main part of our conversation, he discusses mysticism. Mr. Fanaian feels it is the responsibility of everyone in this age to walk a mystic path, and he shares some thoughts about this and how it relates to building a future world.

This show is about one hour long.  Musical breaks are provided by Thomas Dolby, Laurie Anderson and Nico.

Adam LeBor:  “City of Oranges: Arabs and Jews in Jaffa”

Adam LeBor is a journalist and author of five non-fiction books, including Hitler’s Secret Bankers (1997) and Milosevic: A Biography (2002). He studied Arabic, International History and Politics at Leeds University, and Arabic at the Hebrew University of Jerusalem, and covered the Yugoslav wars for the Independent and The Times. Currently Central Europe Correspondent for The Times, he also contributes to The Economist, Literary Review, The Nation, the Jewish Chronicle, and The Budapest Sun, among others.

In our show he talks with us about his latest book, City of Oranges, a beautiful memoir of six families – three Jewish and three Arab – living in Jaffa (a city eventually fused into the new city of Tel Aviv) from 1920 to the present. City of Oranges illuminates the underlying complexity of modern Israel, telling the story from the Ashkenazi as well as from the very different Sephardic point of view, and from Christian Arab as well as from the Muslim perspective. Adam LeBor goes beyond the daily news and political rhetoric to break down the media stereotypes and recount a moving story through the prism of Jaffa and its inhabitants. In our talk he also gives some recommendations for future stability in Israel.

We recorded this interview on her recent visit to Budapest as a guest speaker at Central European University. In this eloquent and informative discussion, she outlines some issues of concern to the UN regarding religious rights and freedoms. After a very general introduction, Diane details the current extreme situation of Baha’is in Iran, including its historical origins, and then starts to explore quite finely the legal and philosophical basis for religious freedoms in the world, particularly the relation of national governments to universal human rights, and how we as individuals play a role in this evolving story. This programme is about one hour long, including musical breaks.

To follow up on some issues raised in this interview, you can visit the following:

(1) As suggested by Diane, to familiarize yourself with the universal “rights of all members of the human family” as declared by the United Nations, please visit:

(“…to the end that every individual and every organ of society, keeping this Declaration constantly in mind, shall strive by teaching and education to promote respect for these rights and freedoms and by progressive measures, national and international, to secure their universal and effective recognition and observance…”)

(2) To read about the persecutions of Baha’is in Iran over the last 2 1/2 decades and currently:

(3) To learn more about the Baha’i Faith:   www.bahai.org

Prof. Dr. Ervin Laszlo has received the highest degree in philosophy and human sciences from the Sorbonne University in Paris. He worked for seven years as Program Director at the United Nations Institute for Training and Research (UNITAR) in New York, responsible for the new world economic order and regional and interregional cooperation. He is founder of the Club of Budapest, an association of world leaders and others in culture, business, politics and spirituality, dedicated to holistic solutions for the cooperative maintenance of the world’s cultures as a global family. He is an advisor to the UNESCO Director General, and member of the International Academy of Science, World Academy of Arts and Science, and the International Academy of Philosophy. He is also former president of the International Society for Systems Sciences.

Dr. Laszlo has written over 70 books on these subjects. In our concentrated conversation, he introduces his newest book just released, Chaos Point, describes the choice facing us as individuals and collectively as a world over the next half decade, and suggests conceptual and practical ways forward.  This episode is about 40 minutes long including music.

“We are what we repeatedly do. Excellence … is not an act but a habit.” – Aristotle

Joseph Cerquitella is the Principal of Greater Grace International School, a private English-language primary and secondary school in Budapest. The school’s motto is, “Morality, Discipline, Respect”. The school emphasizes educating students in this spirit to create honorable, virtuous and successful adults. Greater Grace presently teaches over 150 students from 30 countries.

Joe speaks with us about moral education in children. We discuss absolute versus relative morality, examine the relation of religion to ethics, and consider children’s moral education as the key to building societies based on shared and acceptable values. We conclude with some brief consideration of the US and Hungarian public school systems.

Related pages:
Back to English
mp3 files about the Bahá’í Faith (in Hungarian) 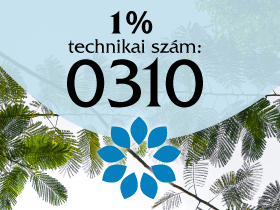